Hi everyone! It's me Cutelittlewolf1, I found this draft that I was meaning to post when I was still updating my blog. Hope you enjoy!

Hey Jammers! This post is all about beta! If none of you know what beta is it is when AJ first started and it was in testing. The good thing about beta was that there weren't any members so non members didn't fight about not having enough rights. I got some pictures for you that didn't know what beta looked like. I started before trading was invented, people could send gifts to nonmembers and we could accept them, and when non members could still change the clothing item color all with my friend Bella. You may know Fuzzy Shyivy's Animal Jam Rush blog, if you do you might know bellanatalie102. Bellanatalie102 and I made an account together bellanatalie101. When we started with that account we only got about one week to change the item's color, send gifts, and so on. Anyways back to beta. These are some pictures of it: 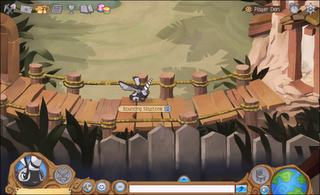 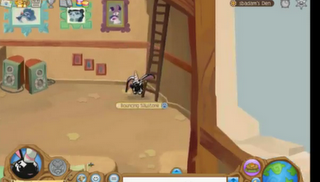 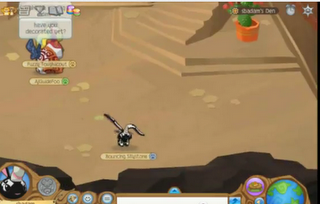 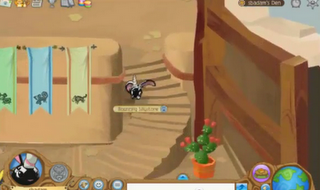 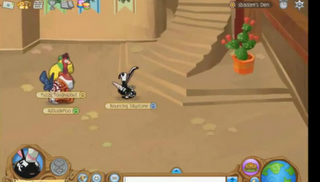 These were the dens in beta! Don't they look amazing? They actually look like awesome houses! Now we're stuck with a small house that doesn't even have enough room to fit all of our den items..... 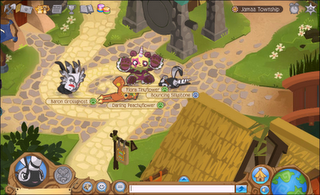 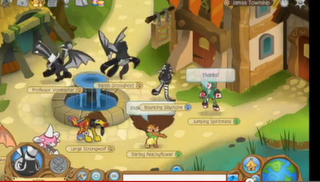 This used to be Jamaa Township. Click the pictures to enlarge and notice how in the first picture there is a clothing sign on it pointing to what is now Club Geoz. That must have been the old Jam Mart Clothing. Also you know where the post board is now in Jamaa township? Well look at the first picture again, It looks like some kind of ancient historical figure.... I wonder what it could be... 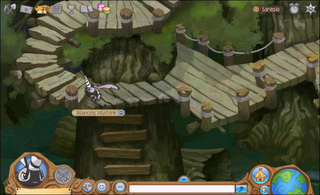 This used to be the Seperia Forest in beta. Also notice the name tags how they were all gold. In beta, they didn't have any membership so everyone's tags looked like this. 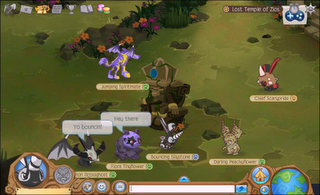 And this was Zios. Look at the statue in the picture. It is a monkey, not the statue we have today in Zios. I'm not sure if you slept around it phantoms would come out but I don't think it was that developed yet. 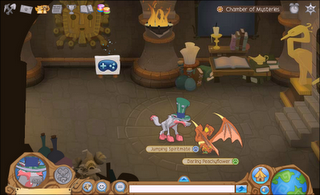 Here is what the Chamber of Knowledge used to look like. If you look at the game icon for the game on the left, it has a picture of the game icon today on a piece of paper being held up with two sticks. 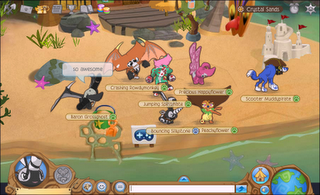 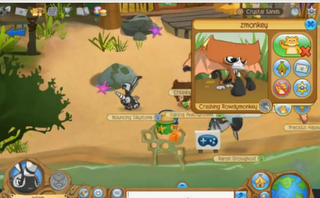 This was the old Crystal Sands. Look to the left of the 2nd picture and you'll see a blue arrow. I'm guessing that was a sign for another land you could go to. 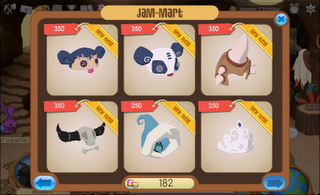 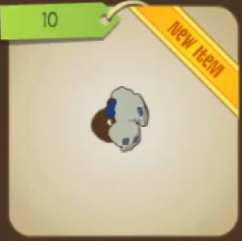 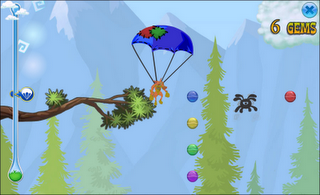 This is just one of the many games from beta that we have today. Doesn't the wolf look like a part of a movie before it was detailed? 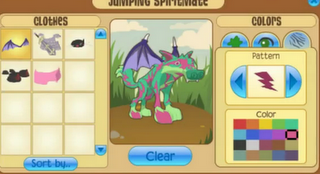 This was were you could change the color of your animal and put on clothes. It doesn't look much different from today! The advantage of this though was that you could undo what you just added to your animal instead of taking more time and searching through the eyes you had before..
Anyways that's all I have right now Jammers!
Keep on Jammin'
~Cutelittlewolf1

How often do you play animal jam?

Welcome to Animal Jam Day! This blog is about exciting things happening in Jamaa. Please feel free to comment! Thank you for visiting my blog!
Keep on Jammin'
~Cutelittlewolf1

Meet Blossom Berrygem, the site's mascot and my favorite animal!

Got questions, tips, pictures, or more? E-mail them to animaljamday@gmail.com

Want to find out what's happening on AJD? Follow by E-mail today!